On 2nd July 2015, Adv. Sila Miroglu Tokay and Adv. Tule Goksan attended a seminar in relation to an ongoing Anti-Drug Project organised by the Cyprus Turkish Bar Association. The seminar was held at the Colony Hotel in Kyrenia over two days to which various Judges, District Attorneys, Advocates, Doctors, Police Officers and Professors attended. Guest speakers were flown in from Turkey to give speeches on the matter.

The aim of the seminar and ongoing project is to give a better understanding of the narcotic situation in the TRNC and how this could be tackled through making amendments to the current criminal law.

In relation to the criminal law at present the law only covers charges for possession, use and dealing. The new changes put forward are to extend this to include transportation of drugs in the TRNC.

According to statistics read out during the seminar, 1/3 of the criminal cases in the TRNC are drug related. Across the region, the most common drug abuse includes MDMA, Ecstasy, Cannabis and Heroin whereby Cocaine use has only been reported in Lefkosa. Most of the defendants already have a criminal record in relation to drug abuse.

In order to raise awareness of the ongoing project through the uses of social media sites such as Instagram, a competition was set up for those who attended the seminar. The competition involved attendees taking a photo in relation to the project and hashtagging the name of the project “Kum Zambaklari Project” which translates to Sand Lilies Projects.  Adv. Sila Miroglu Tokay and Adv. Tule Goksan jointly entered the competition with the photo displayed captioned “Substance abuse can be prevented with love”. They won the competition and were awarded a clay plate hand painted with the project’s symbol and name as a thank you gesture for taking part.

Further, proposals have been put forward to the Ministry of Health to introduce Physio- therapy and re-habilitation centres in order to give drug addicts mental and physical support. 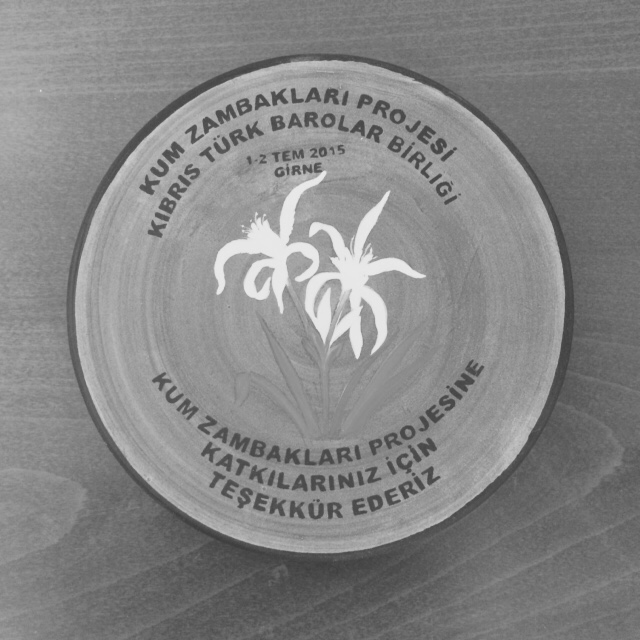